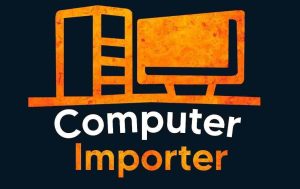 Processor Price in Bangladesh We are Offering :

Over the decade’s company passes through a lot of Uncertain situations but it holds its market leader position by offering consumers the best specs compared to its competitor.

Back in that time, The Intel Processor price was 60 USD, In 1981 clone PC manufacturers also came to capture the US market. Since it was not possible for a small company to make their own microprocessor they start using Intel Processor on their custom-made clone pc and Microsoft software.

Since then Intel start growing its market on only the processor segment and create a differentiating factor on its nanotechnology so that it’s cannot be copied by competition easily, The historical thing also included that American tech giants, Like NASA, used Intel CPU on the moon landing mission, Inter also creates the world’s first commercial processor that can be used by any other company. Intel was the best for the High-end gamers market in 2018 until it faced a super tuff competitor.

AMD is one of the oldest players in the consumer segment Processor and is currently a very well-known company for its Ryzen Series Processor.

AMD Ryzen Processor Price in Bangladesh Starts at Tk-10,500/-. AMD know for its great value-for-money processor compared to its competition.

The company was started in 1969 by some former IBM engineers. They had a clear vision over computer microprocessors but their product was not good Back then AMD processor prices started from 50 USD to 100 USD. The company had faced a lot of struggles for 35 years and was unable to compete with its biggest competitor Intel for a very long time until the 2012 current CEO join to AMD.

She launched The Ryzen processor, Which is become a very interesting processor for budget gamers who wants to play on their computer but don’t have the budget for the graphics card.

AMD targeted this segment and become the market leader in budget processors then AMD launched its x series processor and this processor was able to give better performance compared to Intel’s most powerful processor.

AMD Processor Price in Bangladesh starts at Tk-6500 to 45000 BDT. AMD did a good job in the graphics card market with head-to-head competition over Nvidia.